Continue reading →
Swingin’ Together takes place as scheduled on November 28, with 2G rules

Dear jazz friends,
We look forward to welcoming you to our Swingin’Together concert on Sunday.
Due to Corona, the 2g rules apply to this concert. This means that we can only let in vaccinated and cured people.
Enjoy our concert with our guests Scott Hamilton, Bert Boeren and the Martin Sasse Trio!

Scott Hamilton plays together with the Euregio Bigband

World star of the swing saxophone

The Euregio Bigband sees itself in good company. She invites you to a concert evening with saxophonist Scott Hamilton on November 28th.

Saxophonist Scott Hamilton is the focus of the concert “Swinging‘ together “, which the Euregio Bigband is organizing on November 28th in the Bürgerhalle. Hamilton will perform solo on some pieces with the big band as well as perform as a combo with the Martin Sasse Trio and trombonist Bert Boeren.

The Euregio Bigband has tried for many years to win Scott Hamilton, the last world swing saxophone star, for a concert. This has so far failed due to long lead times and short-term financial commitments from the State Music Council of
We are happy that we made it this year.

“We are happy that he has promised us this year,” said organizer Ralf Zurloh from the Euregio Bigband. Tickets are now available from Touristik Service and by email at info@euregio-bigband.de.

Hamilton was born in Providence, Rhode Island in 1954. In his early childhood he listened to a lot of jazz through his father’s extensive record collection and got to know the jazz greats. He tried different instruments. When he was about eight years old, he took clarinet lessons, the only formal music lessons he ever had. Even at this age he was drawn to the sound of Johnny Hodges, but it wasn’t until he was 16 that he began to play the saxophone in earnest.

In 1976 he moved to New York and got a six-week gig in Michael’s pub through Roy Eldridge. Eldridge also paved the way for him to work with Anita O‘Day and Hank Jones. Though it was the end of the old New York scene, many of the greats were still active – and Scott Hamilton played along and learned from them.

In 1977 he founded his own quartet, which later became a quintet. In the same year Carl Jefferson heard him and began to record him for his Concord record label. More than 40 albums later, he’s still recording for her.

His playing was best described by tenor saxophonist and writer Dave Gelly: “Following a Scott Hamilton solo is like listening to a great conversationalist in full swing. First comes the voice, the inimitable, secure sound of his tenor saxophone, then the informal style and finally the amazing fluency and eloquence of the jazz language. “

Hamilton was named “Ronnie” for International Jazz Saxophonist of the Year at the 2007 Ronnie Scott‘s Jazz Awards. No wonder it is in demand around the world. 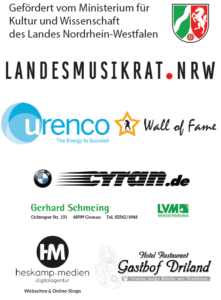